Projects in Poland and Romania in your first weeks. It happened to Digital Designer Marijn! 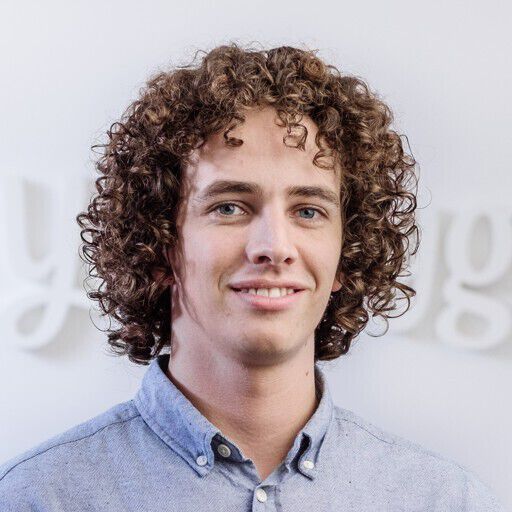 Projects in Poland and Romania in your first weeks. It happened to Digital Designer Marijn!

Marijn was hired by TTI and after one week he flew to Warsaw, Poland, for his first project. Marijn Moviat is one of our very first Digital Designers and hit the jackpot right away. After he finished his project in Poland, he flew to Bucharest, Romania, to work on another project for Nationale Nederlanden. We spoke to him about his first few weeks at TTI.

Marijn, you’ve had quite an interesting start at The Talent Institute. Tell us more!

That’s right. Basically it was my first week. I met up with Ken, the lead for that project. He told me I didn’t have to do a case study, which you normally do when you start at TTI, but that I was immediately needed on a project. ​‘Great news, next week you’ll fly to Warsaw, Poland for a project for Nationale Nederlanden.’ I was just getting acquainted with the company, but hearing this was very cool of course.

I didn’t really know what the project would be. It’s exciting – you don’t quite know what is expected from you. I was just getting used to the idea of going abroad when I got an email from the stakeholder: ​“also block these dates”. He told me I had to go to Romania 2 weeks later to do the same project again. So suddenly I worked in 2 countries where I had never been. It was the first time for me to work abroad, so all in all it was a thrilling experience.

So, tell us more about you. What’s your background and how did you end up at TTI in the first place?

I studied Communication and Multimedia. Shortly after I graduated I started working as a frontend developer. I’ve always had a great passion for UX, but it’s quite difficult to start when you’re in the frontend development field, even though the two fields have a lot in common. Work started to become a bit monotonous, 40 hours of coding was no longer something I was interested in. Then I decided to switch to UX. I got in touch with Iris from TTI, who was working on a UX program. And the rest is history!

Can you tell us a little more about the project you did for Nationale Nederlanden?

NN wanted to test 5 new propositions with their customers. I was working specifically for NN international, and they were working on a value proposition which they wanted to test with users. You normally do that by conducting interviews, but they also wanted someone for research and the design of apps. And that’s where I came in.

So there were 5 ideas for applications, and my goal was to create high-fidelity prototypes which the user could play around with. The goal was for the users to understand how the application would work.

It wasn’t like: you’re going to design an app that’s really going to happen, but you’re just testing whether it would work. Basically I made screens for 5 different apps. One was about yoga and meditation. I couldn’t do the interviews myself, I can’t speak Polish – so I had to do it with a translator. All in all it was a fun and iterative process.

When the day was done, we had conducted the interviews and gathered insights; that was the point when we actually started to work. They were long and intense days, but the whole experience around it made it worthwhile.

What’s your biggest takeaway from the project?

What was interesting is that topics such as sustainability are very widely spoken of in Poland, but in Romania many people didn’t even know what it was. These differences in cultures are interesting to see as a UX designer.

I had certain expectations. I thought: It’s Europe, we all have the same level of knowledge about those kinds of topics: sustainability, mindfulness. In practice, however, it’s very different. By conducting interviews you can discover that these things are certainly not the same everywhere. There can be many cultural differences within Europe. If you’re launching a new product abroad, it’s necessary to do research first. You can’t assume that if something works in The Netherlands it will work in Germany. I think that’s the biggest learning experience.

What’s a day in the life of a designer at TTI like?

The project I’m working on now at Philips involves a lot of user research. We interview a lot of people to get a better idea of our users. The goal is to create profiles of these customers which we can use in the development of products in different divisions.

In addition to research we work on UI interactions. We work together with the UI designer, and create wireframes and prototypes. UI and UX designers work together closely, at Philips at least.

What’s your biggest learning from the Digital Innovator program until now?

I think dealing with stakeholders. This was brand new to me, I’ve always worked for a manager or boss who simply gave a task, and I would complete it. I found it interesting to learn how to deal with stakeholders and how you can get everyone involved. I’ve also learned a lot in the field of user research, how to conduct interviews better, for example.

Another takeaway: You don’t have to know everything already. By just trying out a lot of things you gain more confidence in yourself.

Why did you choose TTI over working for a corporation or company directly?

At TTI you’ll get the opportunity to work for different companies. You can really build up a portfolio and try out working in different fields.

And lastly, if you have worked somewhere for a longer amount of time, you quickly become too comfortable, and the special, new feeling wears off. I’m someone who likes to innovate and who would constantly like to do new things. What also appeals to me is that you work on projects for shorter amounts of time. The longest project at TTI takes around 9 months, and after that you know you’re going to work on something else. I really like the thought of that.

More about this program!

Ready to be part of this?

Let's connect and we will explore together which program fits you best.